ANAT CEO, Gavin Artz, did a talk on 3D printing at TEDx in Adelaide on November 12th that inspired much tweeting!  http://twitter.com/#!/TEDxADL

Illustrator James Fosdike was present on the day to visually document all the talks – the picture below was inspired by Gavin’s talk.

Image No. 10, inspired by Gavin Artz and 3D Printing.

David Chan from UniSA brought along three of his printers for a live demonstration during lunch that got a lot of interest, and Pix from Hackerspace Adelaide came along to give us some tech support for ANAT’s Thing-o-matic which was busy printing during the drinks.  A big thank you to both David and Pix!

Michael Kubler from Films on the Fly took some great picture of Gavin’s talk and the printers in action: 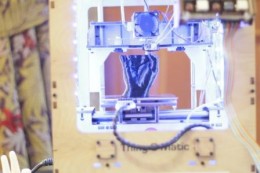 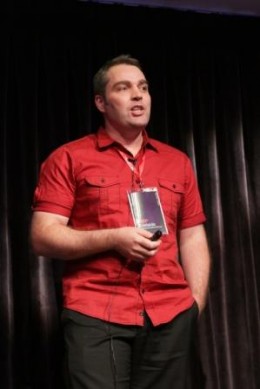 This entry was posted in TEDx Adelaide. Bookmark the permalink.