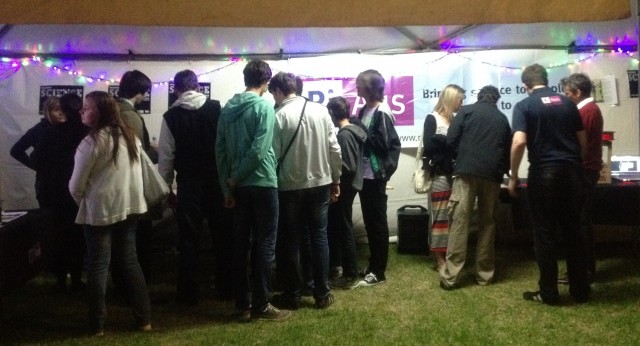 Crowds at the SheppARTon Festival watching 3D printers in action

ANAT was invited by RiAus to give a 3D printing demonstration at the SheppARTon Festival on Saturday March 10th, as part of the RiAus ‘Free Range Science’ program of live science events in regional Victoria.

The event was a big success, with amazing levels of interest being shown in the printers from festival attendees.  We had people from a wide range of ages and backgrounds – school children, parents, teachers, trades people, retirees – all wandering in, enticed by the flashing lights and whirring sounds coming from the two strange looking machines on trestle tables at the back of the tent.  Interest quickly intensified when the 5 ANAT and RiAus staff on hand jumped in to explain what the machines were actually doing (“printing? no way!”), with most people sticking around for some time to observe the printers in action, pick up printed objects, read the information posters and ask questions of the presenters.  Many of them made repeat visits to the stall to ask us the questions they hadn’t thought of first time around.  At one point there were over 30 people crowded into the tent and all 5 staff presenting to small groups,  shouting to make ourselves heard over the brass band on the main stage!

We were also able to profile some of the fascinating work that is being done by creative practitioners in this field, using 3D printing techniques to create new works and  pushing the boundaries of what these technologies are capable of.  Many thanks to artists Rod Bamford and Rod Taylor AM for providing images and the story behind their 3D printed artworks, which were displayed on posters around the tent.

We printed out a selection of objects during the evening (whistles, skulls, musical clefs, snowflakes) which caused great excitement (and much squabbling!) when we handed them out to the crowd of children who were still hanging around the tent at the end of the evening.

According to festival organisers around 6000 people pass through the twilight markets.  We reckon a large proportion of these visited our tent – and hopefully left with an understanding of the fascinating science behind (and capabilities of) 3D printing.

Thanks to RiAus for inviting us!  Also thanks to DFEEST for the loan of their printer (which we printed out some enhancements for on the night!).  More photos are below. 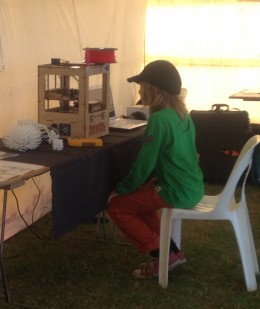 Some of the objects we printed out at SheppARTon 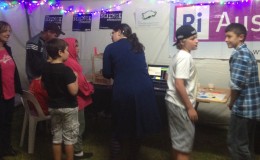 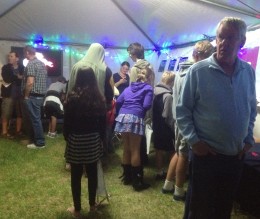 People of all ages learning about 3D printing

This entry was posted in Uncategorized. Bookmark the permalink.